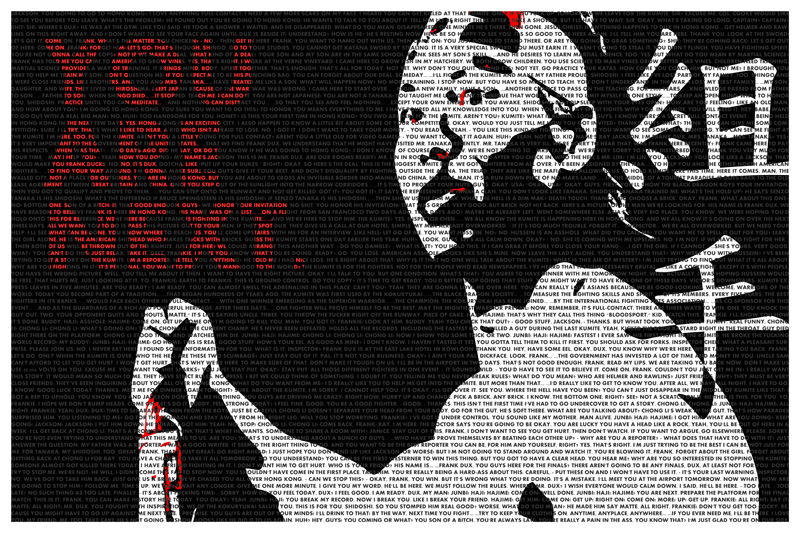 What’s the difference if Bruce Springsteen is his shidoshi?

All these years later, and Bloodsport is still one of my favorite movies. This was early Van Damme, when the splits weren’t yet so creepy and his dialogue delivery was always an adventure.  It was constantly on basic cable when I was growing up, so I can tell you every ridiculous line by heart.

It was this love of the over (and under) acted script that made me want to put the entire movie onto the poster. I can start reading a line from anywhere in the design and instantly know what scene in the movie I’m at and who’s talking. The Chinese lettering reads “Kumite” (I really, really hope the Chinese lettering reads Kumite”), a full combat martial arts tournament in Hong Kong. The Kumite is as much a main character in the movie as any of the actors that I felt the poster would feel incomplete without it. 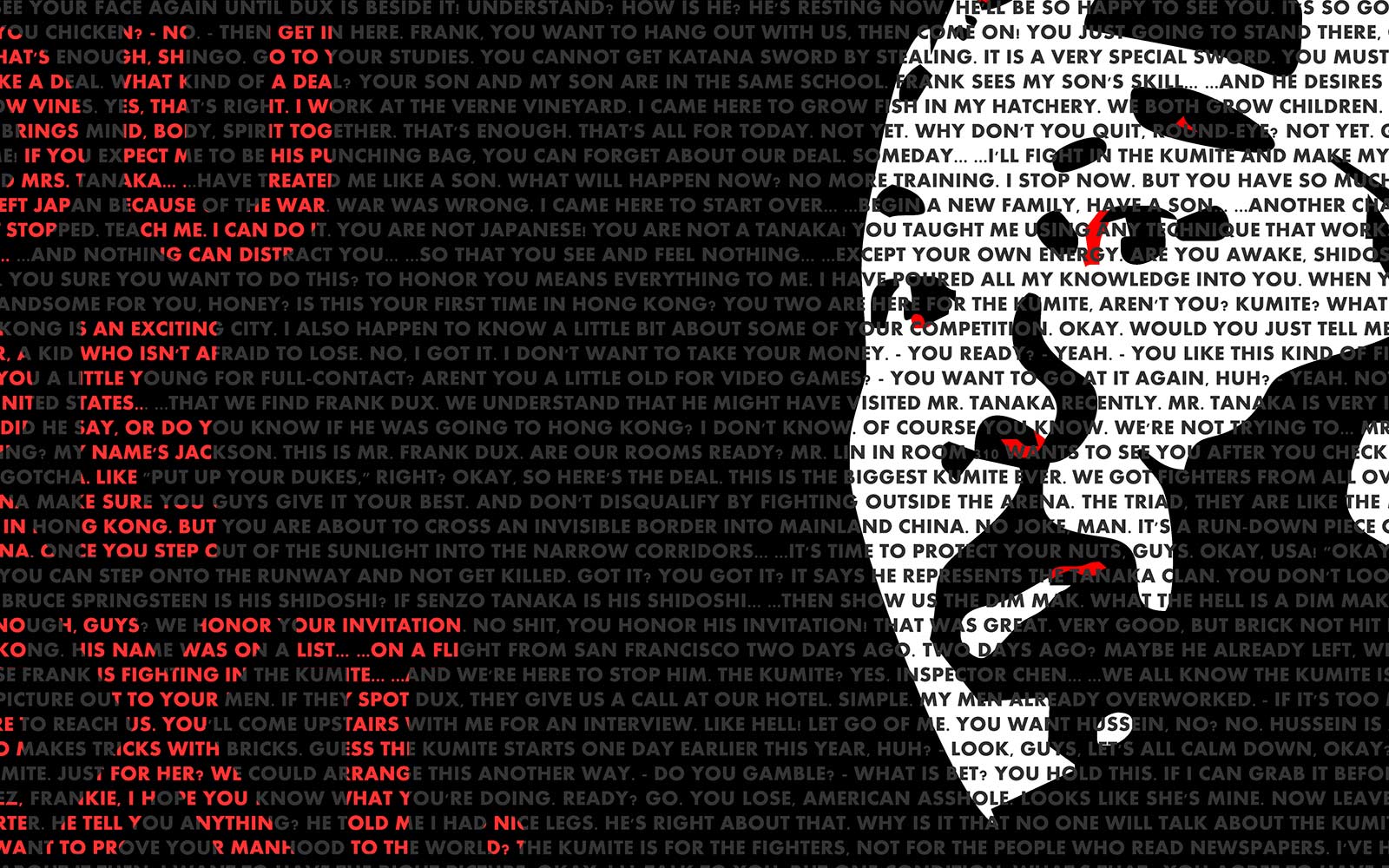 Very good. But brick not hit back!

The main villain in the movie was Chong Li, played perfectly by the ever intimidating Bolo Yeung. He has very few lines in the movie, but steals every scene he is in. When Chong Li says “You Are Next” in his unique cadence after just killing a man in the ring, you believe him. I’m pretty sure he wanted to kill Van Damme during the entire making of this movie.

Just look at him, he’s built like a tank and quick as a snake, a badass of the highest order. In the poster he’s holding the bloody headband of Van Damme’s buddy that he just stomped into the hospital. He’s driven purely by ego, he enjoys destruction, he cheats in the finale, and yet.. and YET, he makes you admire him. It probably won’t happen the first few times you watch it, but view Bloodsport enough and you’ll realize that Van Damme shouldn’t have stood a chance. Chong Li was a monster, and like all the best movie monsters, they’re the ones you still think about years later.