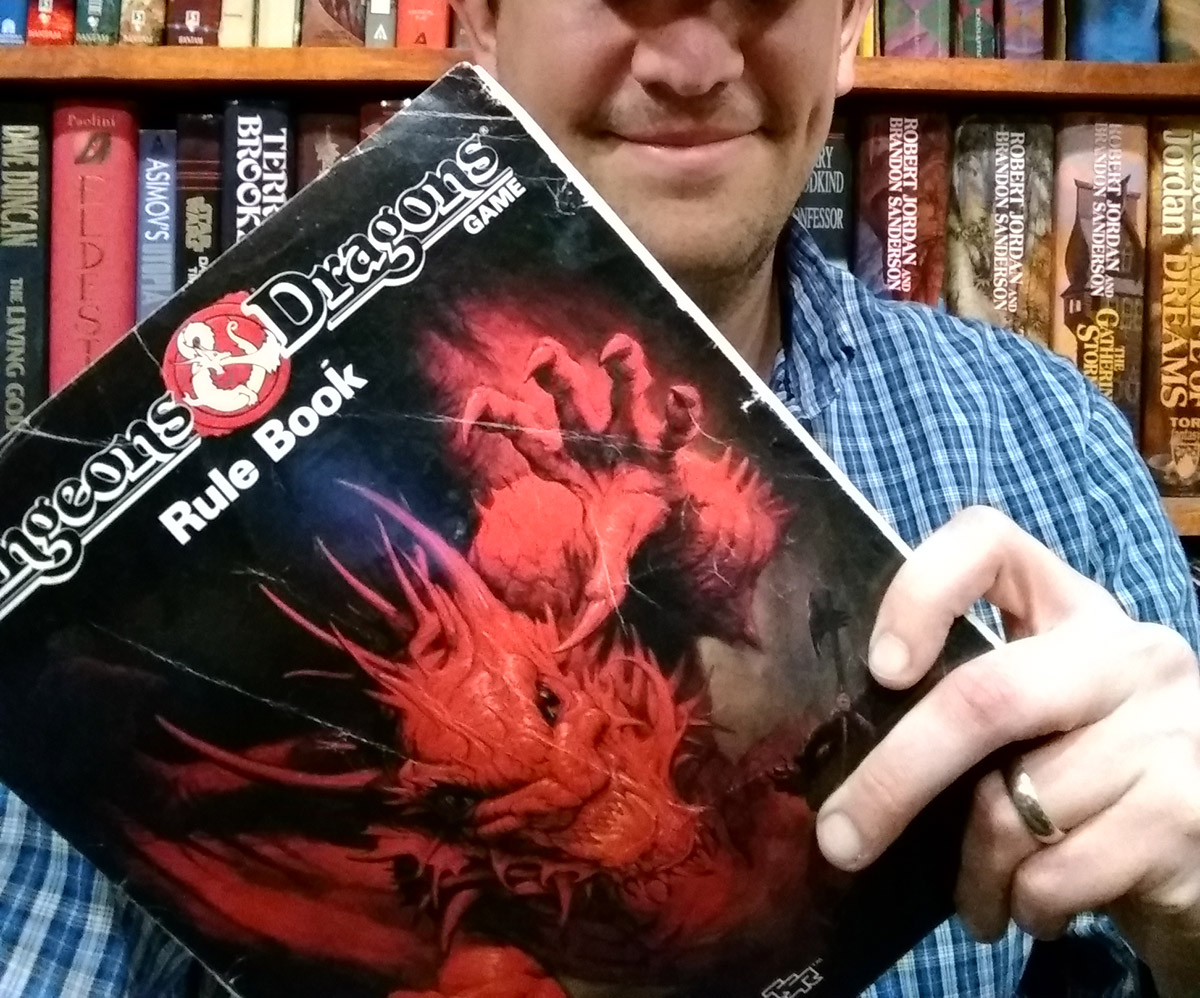 I saw #DnDSelfie trending on Twitter and had to add my nerd voice. Don’t get used to it though, I’m not a selfie kinda guy. This is me with half of the very first Dungeons & Dragons anything that I owned. I think some kid my brother knew left it at our house and I confiscated it as my own. It was probably around the end of elementary school when I got my hands on this book, and it changed my life forever. This is what I wanted to do – I wanted play games like this. I wanted to MAKE games like this. I devoured this book. This was the foundation on which I designed my first tabletop adventure games. 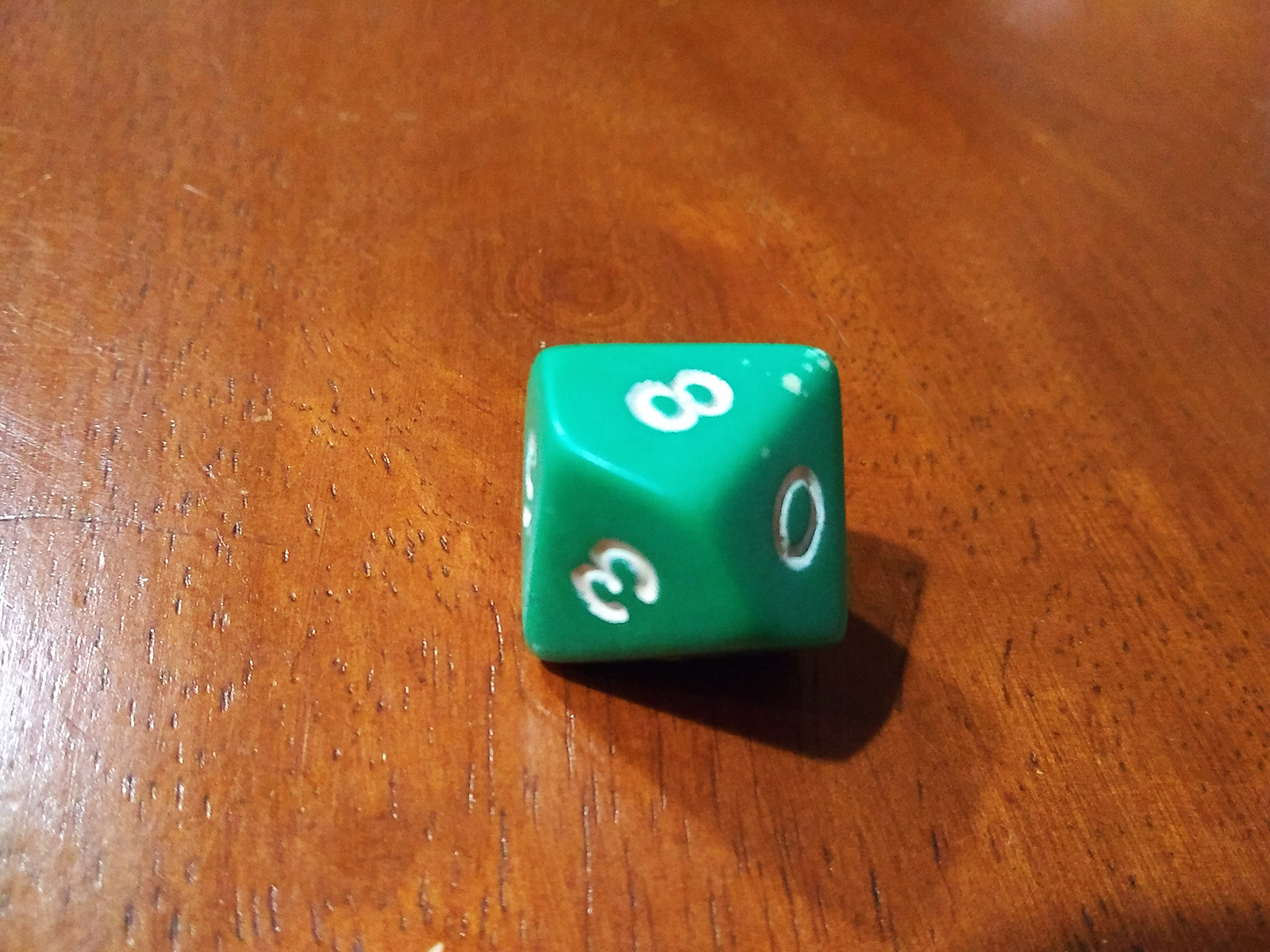 It is a strange fate that we should suffer so much fear and doubt over so small a thing.

Such a little thing.

This was the other half of the very first Dungeons & Dragons thing I owned. A single, solitary d10. Look how chewed up the corners are. I rolled the heck out of that dice. This was the first non d6 dice I’d ever even seen. I was entranced. 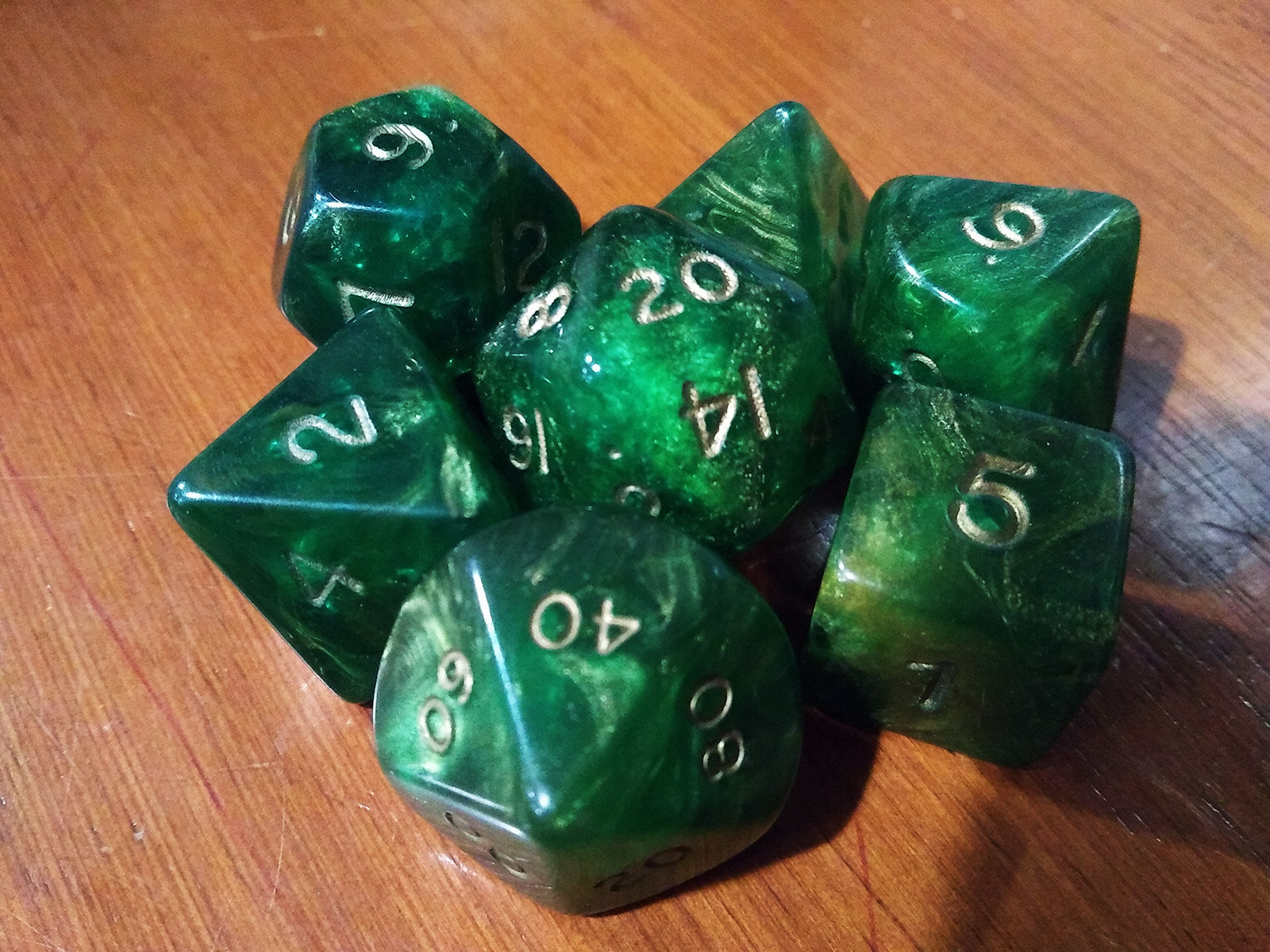 Rolln with the Big Boys

This is the very first complete set of dice I owned. I was trying to convince anyone I could to play some D&D with me, and I wanted to play a ranger, so of course I needed green dice. What you can’t see in this picture is that the small lettering is metallic gold, making these one of the hardest to read dice I’ve ever used. They are also not the best rolling dice in the world, so they’re lucky they were the first, or they might have found the trash can long ago.