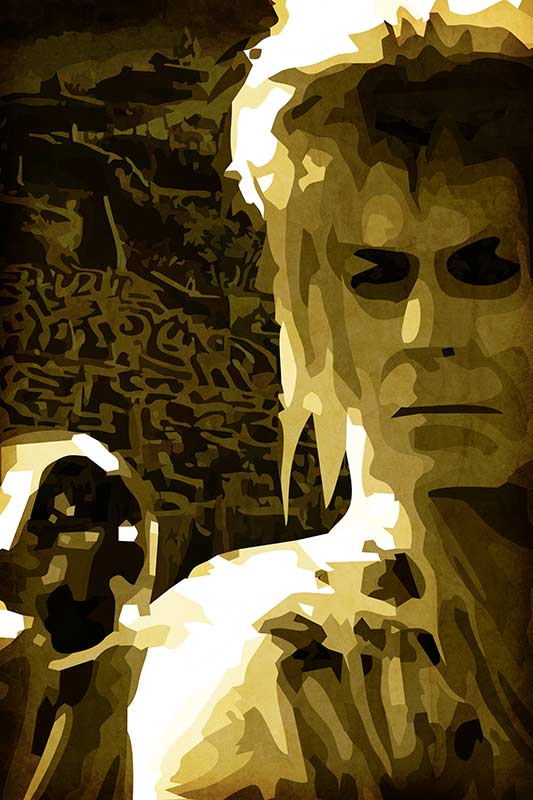 Through dangers untold and hardships unnumbered…

There was a trend in the 80’s to make dark and creepy movies just for kids. Beloved then and now, but completely off the wall and totally traumatizing. These movies turned our nightmares up to 11, and that’s how we loved it.

Well what’d you expect fairies to do?

The gold medal winner of all the creepy, and possibly inappropriate, kids movies was probably Labyrinth (Dark Crystal and Legend get the silver and bronze). I owned this movie on a bootleg VHS. No idea where it came from, but I wore that tape out. Everyday, that was my go-to movie. Pop in Labyrinth, sketch some drawings, watch Labyrinth again, play some Legos, watch Labyrinth again, work on my board games (even back then I was always making board games).

Everything I’ve done, I’ve done for you.

The artistry in Labyrinth is mesmerizing. The attention to detail, the design of the world, the hand made craftsmanship, you can tell it’s all done with such love. And who ruled over this majestic and terrifying world? The Goblin King of course, played by none other than David Bowie. A side note – it was years later until I found out that he was actually a pretty well known musician. (Side, side note, this happened to me twice. The other time was with Ringo Starr in Caveman.) 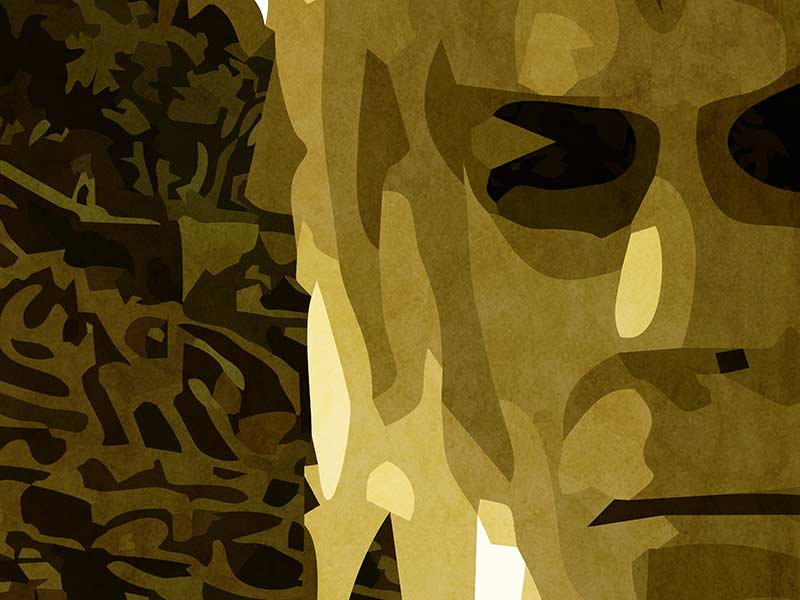 I move the stars for no one.

I thought about making the poster of my favorite character Ludo but it’s Bowie’s portrayal that’s burned into the subconscious of every 80’s child. The Goblin King ruled over his kingdom with an iron fist, and his kingdom was ancient. I wanted the poster design to have that stone statuesque feel, a callback to the many crumbling rock faces found to inhabit the land. Go back and really re-watch Labyrinth (that’s an order) and you’ll see hidden faces throughout the entire film. The Goblin King is always watching, the Goblin King is always there.