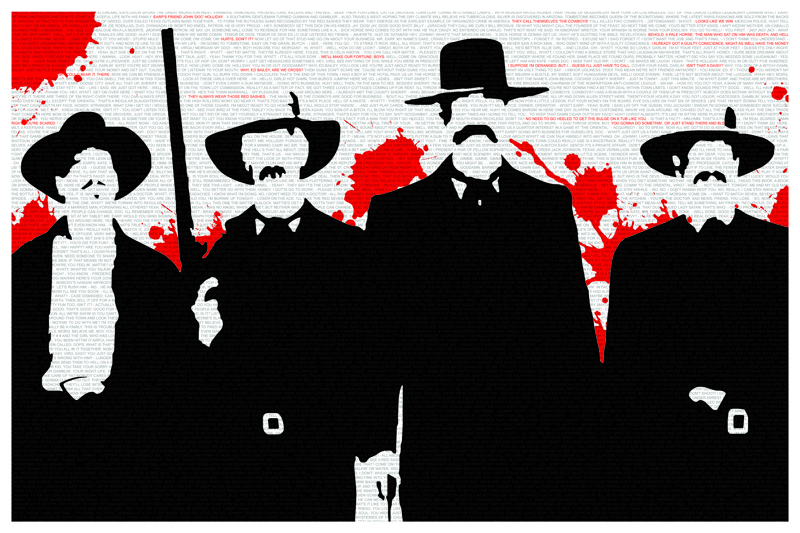 Tombstone is the greatest western ever made. Hands down. End of discussion. It’s a crime that Val Kilmer wasn’t even nominated for an academy award for his portrayal of Doc Holliday. Both him, and Kurt Russel as Wyatt Earp, are at top of their games in this film. It’s gritty, it’s powerful, it’ll literally make you stand up and cheer.

You called down the thunder, well now you’ve got it!

I couldn’t find a Tombstone poster that I felt truly captured the strength and shear awesomeness of the movie, so I made one myself. I tried to strip down the main characters to their core – cowboy hats, mustaches, dusters and guns. Wyatt Earp and his brothers were law men, and they were very black and white in their beliefs. Unfortunately, standing up for these beliefs, usually led to a lot of red as well. 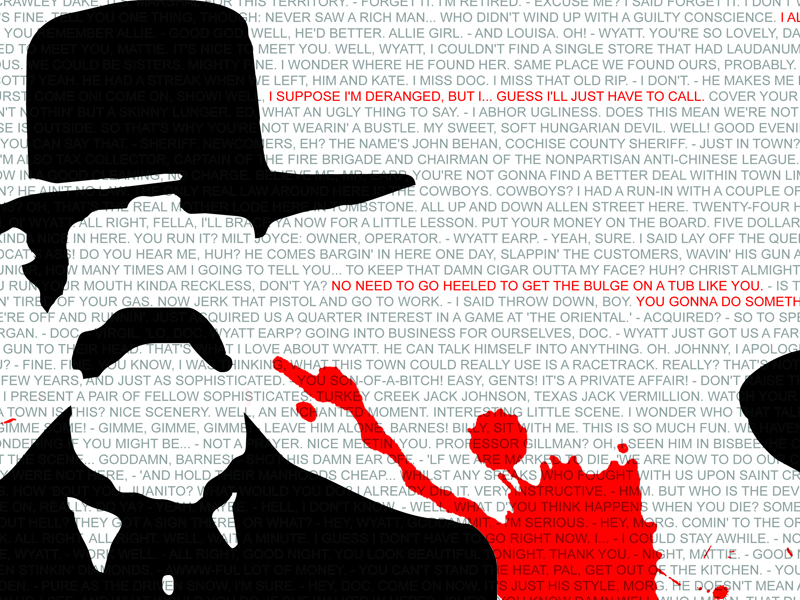 Isn’t that a daisy.

Tombstone may be the most re-watchable movie ever. I wrote an essay in college about how quotable it is, and I still slip snippets of dialog into my everyday conversations. I spent the last hour trying to figure out what quote I should use as the header for this section. I’ve since changed it three times. Of course I had to include every line from the movie on the poster! I even highlighted a few that I thought were particularly tasty.

Wyatt Earp is my friend.

One of my fondest memories growing up was laying in my basement watching westerns with my dad. Tombstone being a little more violent than Rio Bravo, I may have to wait a while to pass this tradition on to my son. Despite all the violence though, at it’s heart Tombstone is about friendship… and kicking anyone’s ass who tries to break that bond.